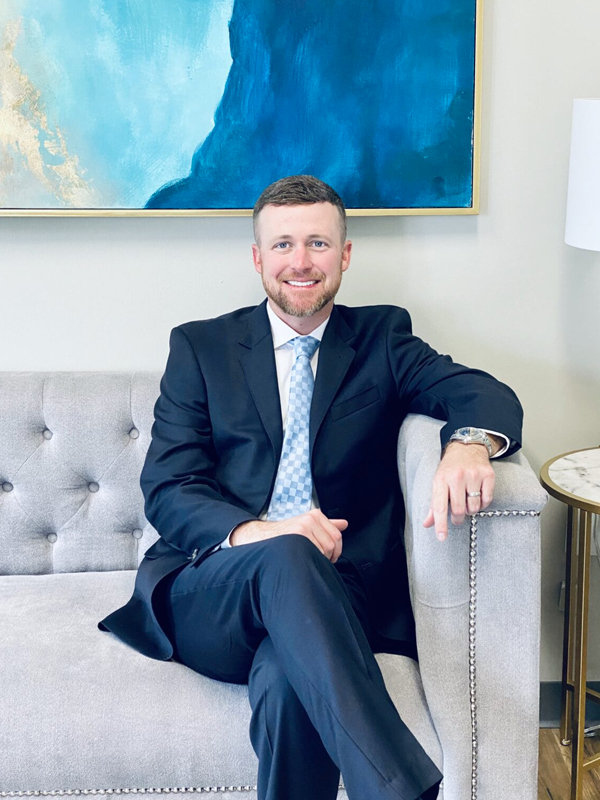 Gantt Pierce is a native of Dothan, Alabama. He graduated from Northview High School in 2002 and attended Lipscomb University in Nashville, Tennessee where he earned a bachelor’s degree in Political Science. Upon completion of his undergraduate degree, Gantt furthered his education at Thomas Goode Jones School of Law where he earned his J.D. in 2011.

In law school, Gantt met his wife, Niki, who also practices law and is a founding partner of Dothan Law Group. They have three children: Elle and twin boys Will & Max. Gantt, along with Niki are involved, dedicated members of the Wiregrass community, with a passion for the growth and improvement of our area.

In 2012, they founded GoKickball Dothan, which at its peak had 350 Dothan Young Professionals battling out on the kickball field and networking at the after parties. Gantt is also an active member of the Alabama High School Football Association Football Officials Association where he referees local high school football.

Their newest project, The Maxwelle Building, is located at 344 North Oates Street and is a professional cooperative space sharing concept to serve business and legal professionals in our area.

In June 2018, Gantt was appointed to the Planning Commission for the City of Dothan where he hopes to further the future development of our great city.